By ZinCon Day 3, I was tired and hungry and still having such a blast through it all! Here’s Zumba Convention 2016: Day 3 (Gina and Dahrio Master Class, King and Queen of Pop, Tropical Urban)! 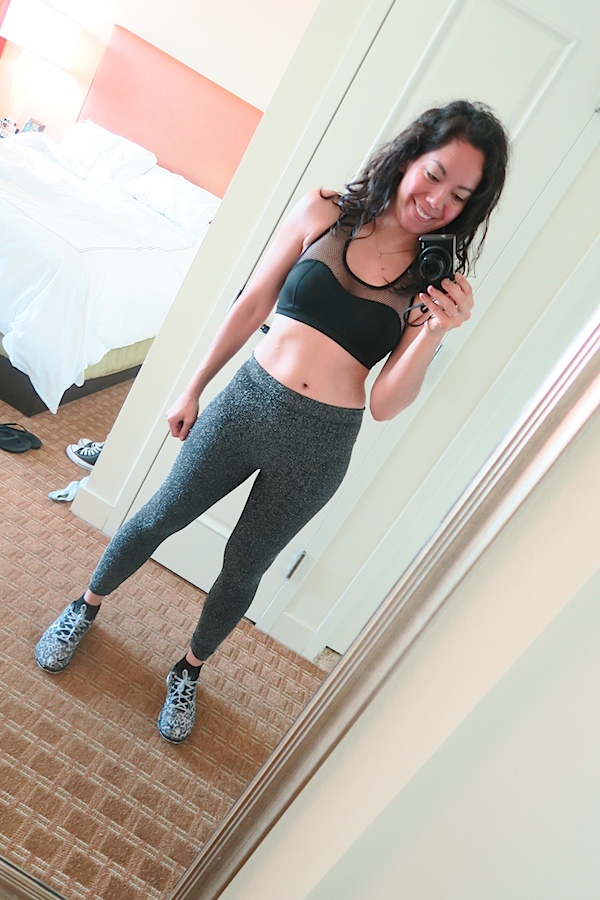 I actually planned to wear one outfit to two sessions because they were so close together. Here’s my outfit for Gina and Dahrio’s master class and Tribute to the King and Queen of Pop: sparkle leggings by Phat Buddha, mesh bra by Michi, and shoes by Nike. These clothes were purchased at Bandier NYC.

Came Here to Party Master Class with Gina and Dahrio 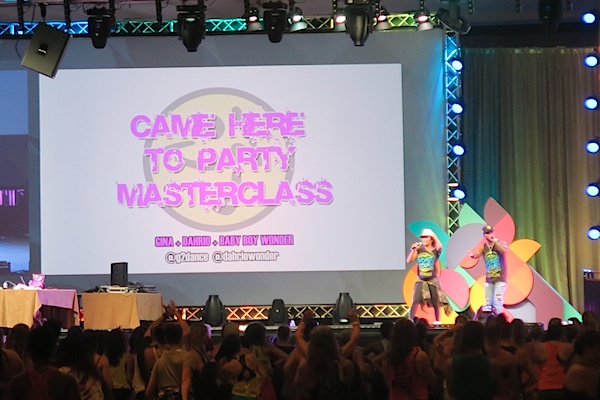 After yesterday’s hip hop class with Gina and Dahrio, I was ready to dance with them more! Their Came Here to Party Master Class had a nice mix of many genres of songs. They did a couple songs from their Hip Hop Turn-Up session and even several classic Zumba songs. I loved the variety and their energy. These guys are two of the most polished presenters ever, too! 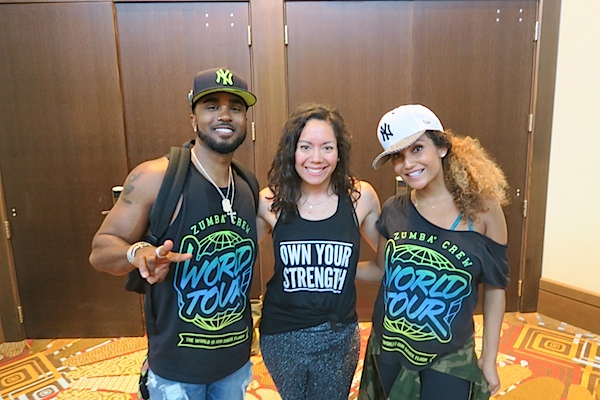 Lunch at the Hyatt 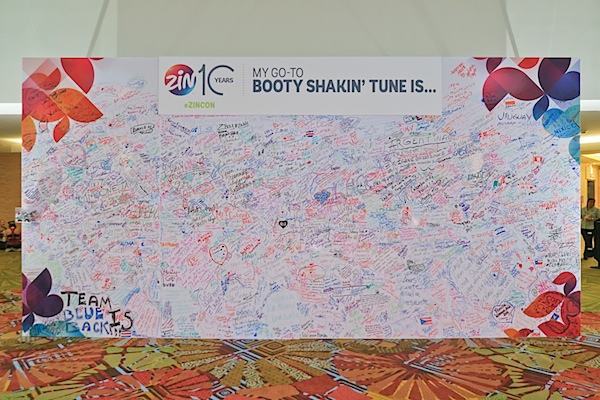 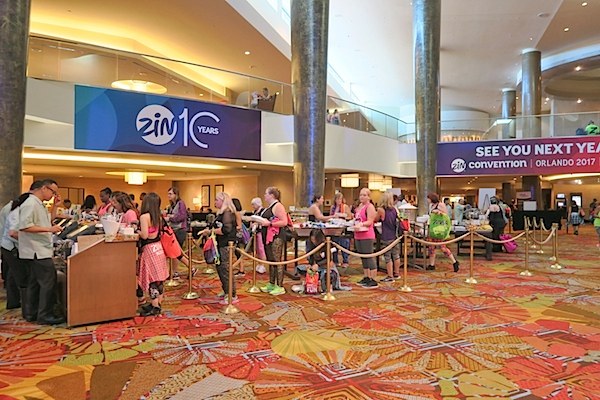 I’ve never eaten at the Hyatt before, but literally every single one of my sessions on Saturday was at the Hyatt. On top of that, the breaks in between them were a little shorter than other days. I decided to go ahead and check it out rather than rushing back and forth to/from the Hilton. 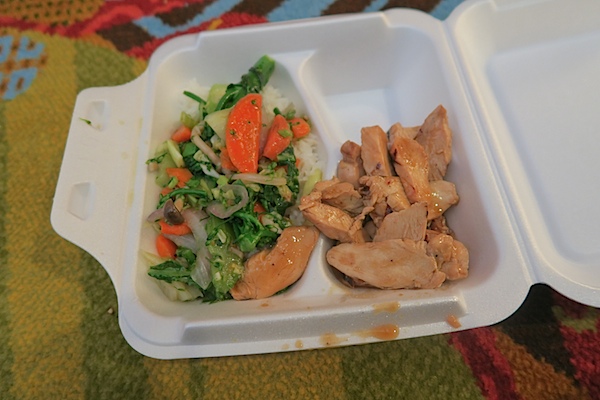 This is the chicken and vegetable stir-fry. It came with white rice, which is a little hard to see in the photo. It was pretty good. I liked all the vegetables in this serving. The veggies were the main reason I ordered this one. 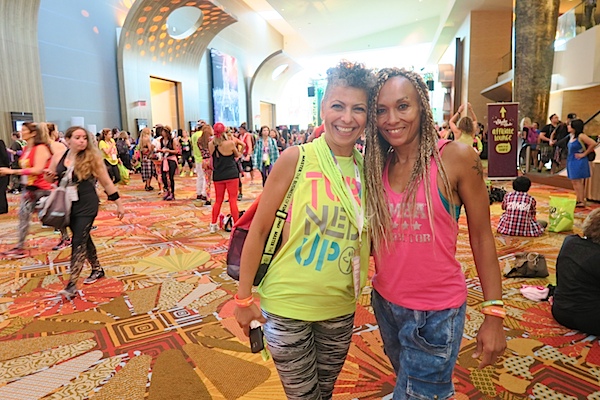 And I made some new Zumba friends to have lunch with. This is Angela and Carol, both from Canada. I first spotted Angela in one of my other sessions. She stood out to me because of her amazing hair. I love her cut! It was cool to see curly hair can be done so fabulously short. They were both so sweet. I had a good time talking to them over lunch. Three cheers for Zumba friends! 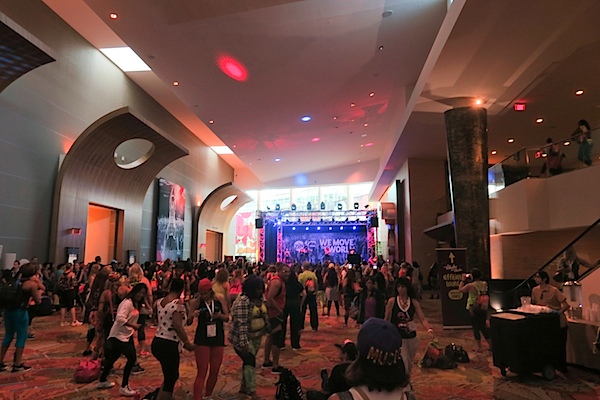 We had lunch near the Let It Move You stage and watched a couple songs after we finished eating.

Tribute to the King and Queen of Pop 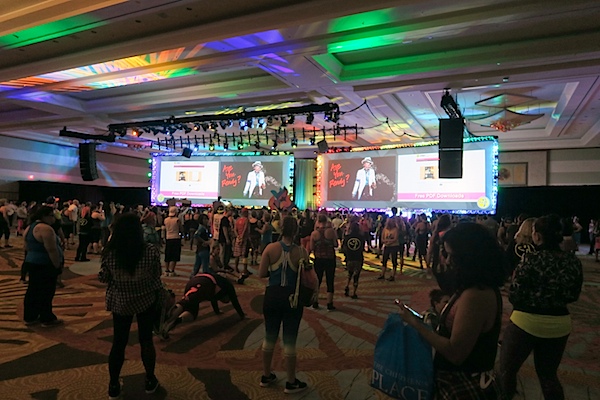 Steve’s tribute classes are some of my all-time faves. I’ve now done the King of Pop once and the Queen of Pop twice before. This was the first year both sessions were combined to one, and I thought it worked really nicely. 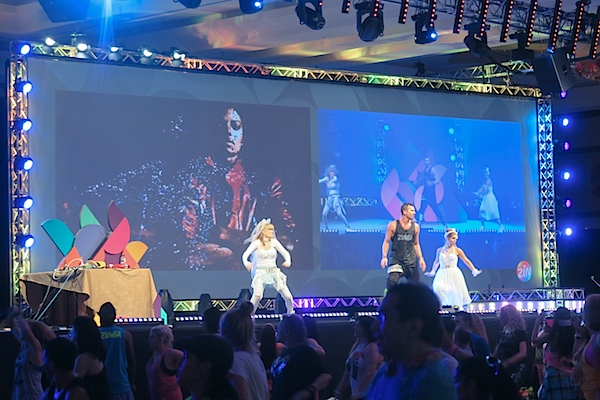 Steve explained at the beginning of class that he was going to be doing many of his classic tribute songs with a couple new ones mixed in. This was perfect for me because there were so many from past years I wanted to see again. Especially: Like a Prayer, Will You Be There, Material Girl, and a Scottish bag pipe mix of one of Madonna’s songs. Yes yes yes!

Steve is one of the best at engaging the entire room and getting everyone so excited. His combination of live cuts and special mixes of songs was unique and made me love Michael Jackson and Madonna even more! 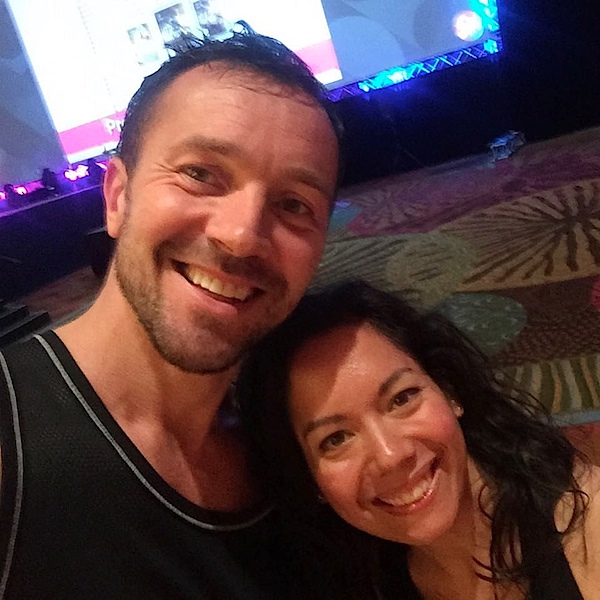 And I even got a rare selfie with Steve after the session! 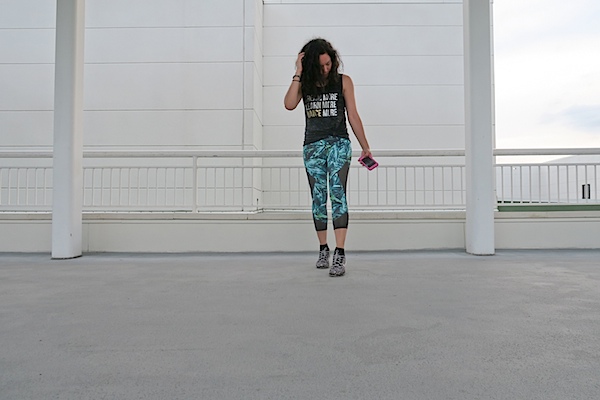 For my last session outfit, I wore these tropical-mesh pants by Athleta with a Broadway Dance Center tank top. Shoes by Nike. 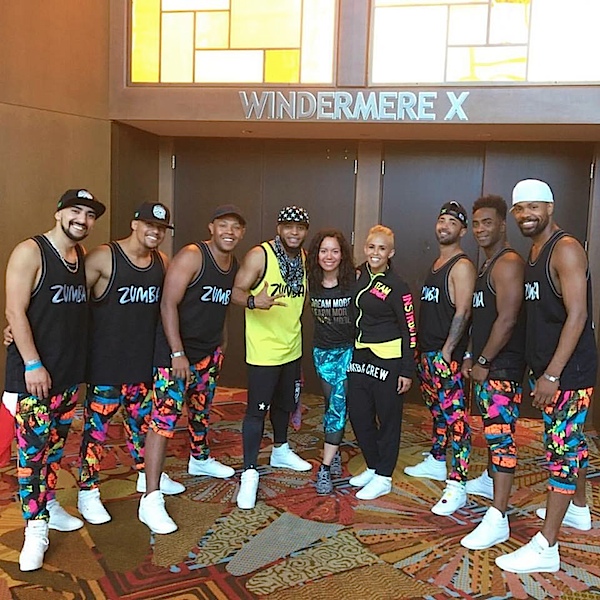 I first discovered Heidy and Armando when I did their Caribbean Heat classes a few years ago. Last year (or was it the year before?), they debuted a new format, Tropical Urban. I was excited to try it this year. These guys are not only great Zumba presenters but are also wonderful performers with their music! They’re the masterminds behind hits like Mi Gente. Love it! Needless to say, they really know how to get the crowd going.

They taught us two main dance styles: Dembow and Champeta. For each one, we learned four base move variations. They did a couple exercises to test our dance knowledge and help ensure we really learned the moves well. I’d seen them in other Zumba choreos, but it was really cool to learn the official names. I learned, I laughed, I danced. I loved their session!

Check out my other Zumba Convention 2016 posts: